If you and your family love Asian food, you will really enjoy these delicious home made dumplings.
Get the older kids involved in the process, and you can get a little production line going if everyone is hungry. 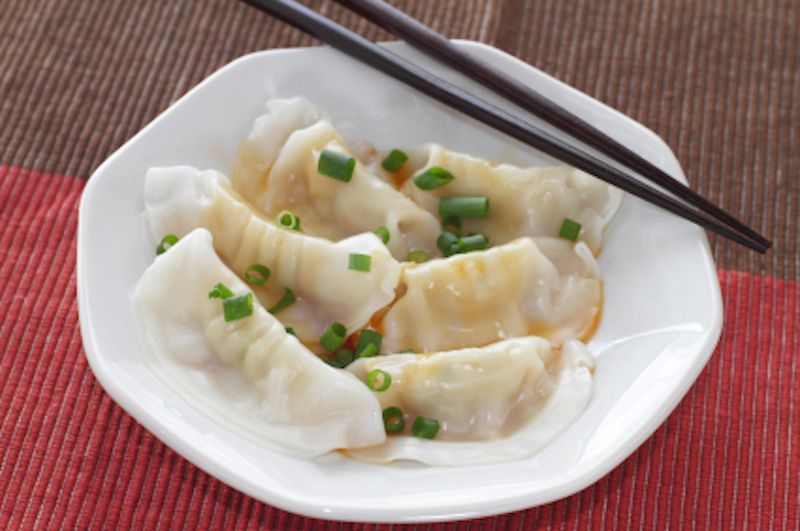 Dumplings can be boiled, steamed or fried – this recipe boils them, meaning that you don’t need to use any extra oil or butter in the cooking process. It also produces a lovely, tender little parcel that just melts in your mouth.
Gow Gee wrappers are available in most supermarkets. They tend to be kept in the fridge near the fresh pasta.
It’s really important to go for lean mince in this recipe, often the cheaper mince from the supermarket has a high fat content which, as well as not being an ideal choice for weight loss, can make the dumpling a little too oily.
You could crank up the ginger if you like those sorts of flavours; or if the kids aren’t into chilli you can always leave that out.
You could also get creative and mix up the contents a little. There are so many options to give these your own twist.

Some Flavour Combinations To Try: