You know you're sleep deprived when you…

Nothing says sleep deprivation like being able to justify that it’s perfectly acceptable to give your family breakfast for dinner – three nights in a row. 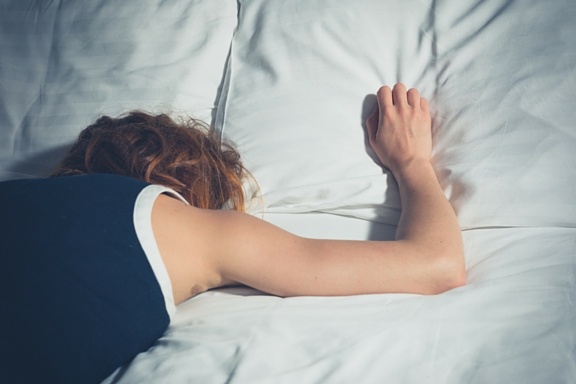 There’s no judgement here, we’ve all been there, dragging ourselves through each day counting down the hours until we can fall into our bed and close our eyes.
Some of us don’t even wait until bedtime to catch forty winks and will often take drastic measures in order to get just a few minutes of shut eye, including voluntarily playing doctors with your kids so you can justify lying down for a few minutes!
You know you’re sleep deprived when you…
1. Start to believe in magic
It’s hard not to eat ALL the food at the best of times, but throw sleep deprivation in the mix and it’s virtually impossible. When you’re beyond tired you’ll open the fridge 12 times a day in the hope that something delicious has magically appeared. It’s likely you’ll visit the pantry and scour the shelves for hidden treats.
Tip: To avoid feeding your tiredness with junk, cut up carrots, celery or cauliflower and have a tasty tip on hand – if you’re going to scoff food make sure it has some nutritional value!

2. Become a ‘yes’ mum
With a foggy brain and heavy limbs, you will find yourself saying yes to almost anything your kids ask you. It’s like they can sense you’re about to fall asleep at any moment and capitalise on your weakness. In this instance just roll with it, cut yourself some slack, a bit of screen time won’t hurt your kids and might give you a chance to rest for half an hour. Just make sure you listen to their requests before agreeing because you don’t want to be cleaning paint or glitter from every orifice while sleep deprived.
3. Fail to dress yourself properly
Making it out of the house when you’re sleep deprived is a medal-worthy event as far as I’m concerned, but often you have no choice because of school, kindy or because you’ve eaten the cupboards bare. Just don’t be surprised if you get some strange looks while in public because extreme fatigue often goes hand-in-hand with failing to dress yourself properly. Having your shirt on inside or wondering the supermarket aisles with your skirt tucked into your knickers are all possible scenarios.
4. Become obsessed with getting horizontal
Taking advantage of every single chance you get to lie down becomes an obsession for people who are robbed of sleep. Instead of making excuses not to play teachers, doctors or schools with your kids you’ll shock the pants off them by volunteering to get involved. It’s a win-win situation; you can play a sick patient or a child having a daytime nap while simultaneously amusing your kids.
Hint: Be careful you don’t fall into a deep sleep or you might wake up with one eyebrow or to a child who has given themselves a mohawk-style haircut.
5. Cry during TV commercials
Much like PMS sufferers, sleep deprived people lose any ability to see reason, think logically or cope with minor problems or interruptions. A bowl of cereal dropped on the floor could bring you to your knees in tears and a TV advert about babies might turn you in to a blubbering mess. When you’re so tired you’re struggling to function, don’t be surprised if you can’t figure out how to do simple tasks such as your 7-year-old’s math homework.
Best way to cope? Play hide and seek in the pantry until everyone stops looking for you, at least you won’t go hungry. 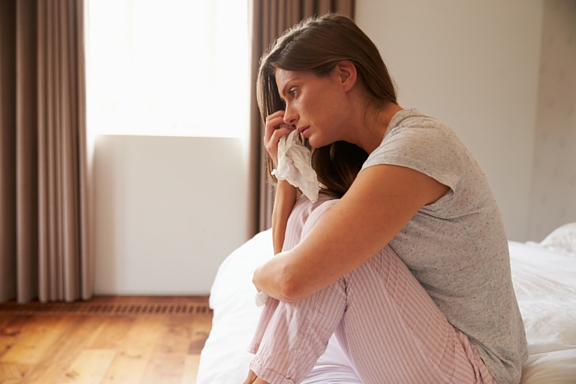